Pretty shady stuff from MARCA here, with the staunchly pro-Real Madrid paper allegedly doctoring photos of the record 109,318 crowd that turned up to watch last night’s pre-season friendly between Los Blancos and Manchester United in Michigan to make it look like more Madrid fans were in attendance.

As can be seen in these two comparison images, MARCA appear to have “whitened” most, if not all of the shirts in the crowd to make it seem as if the majority of the supporters at The Big House were Madridistas… 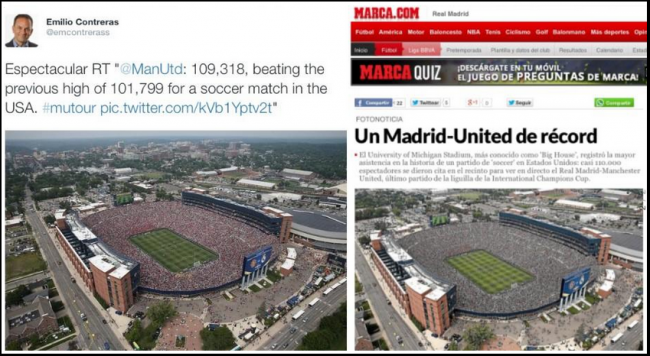