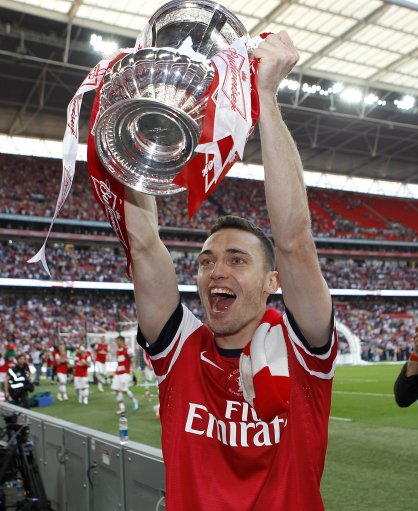 Arsenal manager Arsene Wenger has, in a very Wenger-esque roundabout fashion, confirmed that the Gunners have received a couple of £10million bids (that’s the figure being reported anyway) for auxiliary centre-back Thomas Vermaelen, one emanating from rumoured suitors Manchester United.

Speaking at a press conference, Wenger was asked if Vermaelen had been the subject of any concrete offers, to which the wily Frenchman replied:

“Yes. I cannot tell you [who from] but you will know very soon.”

He was then pressed as to whether United had lodged one of the bids in question:

“I think they could be in the group,” came the response, before Wenger confirmed that he’d prefer to sell the Belgian defender to a foreign club rather than a domestic rival.

“Ideally, yes, [we would sell him abroad]. It is an option. I don’t want to tell you how many clubs but we have offers from abroad as well.”

C’est très intéressant, non? Barcelona are also thought to be extremely keen to take Vermaelen off Arsenal’s hands before the start of the season, so watch this space.