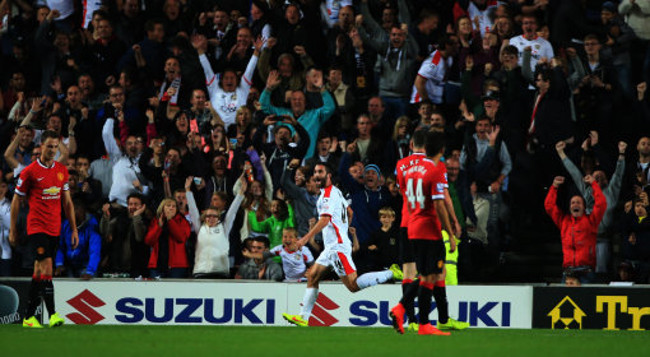 Louis Van Gaal may have fielded an inexperienced Manchester United side at Stadium:MK on Tuesday night, however few would have expected the Premier League champions of 12/13 to receive a right battering from the League One hosts.

United’s backline, with Jonny Evans the only experienced player in there, were shambolic throughout, with Will Grigg netting a brace before sub Benik Afobe, on loan from Arsenal, banged in two more.

While the Dons were vibrant and sharp, the young United side looked at sea throughout and while a cup defeat isn’t the end of the world for the Red Devils, the manner of the defeat will worry both Van Gaal and the United board.

One wonders what David Moyes is thinking right now. And Angel Di Maria for that matter!