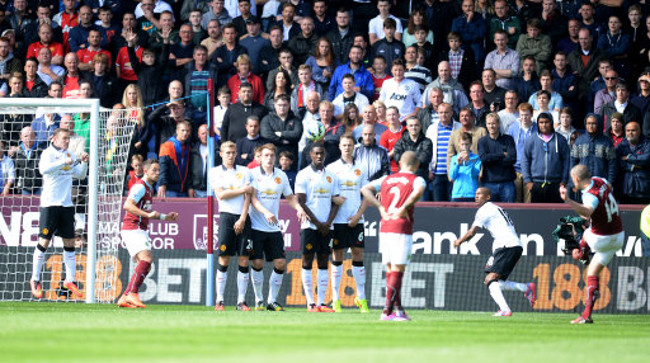 Despite having Angel Di Maria in the 11 for this game away at Burnley, Louis Van Gaal’s Manchester United once again failed to register a win in the Premier League.

The Red Devils pushed and pushed for a breakthrough but came up against a Burnley side superbly organised by Sean Dyche.  Indeed,  David Jones hit the bar early on with a superb free-kick and Lukas Jutkiewicz also went close for the Tykes. United, on the other hand, went close courtesy for Robin Van Persie among others but overall the visitors couldn’t unlock the Burnley defence.

Still much to do for Van Gaal and co.