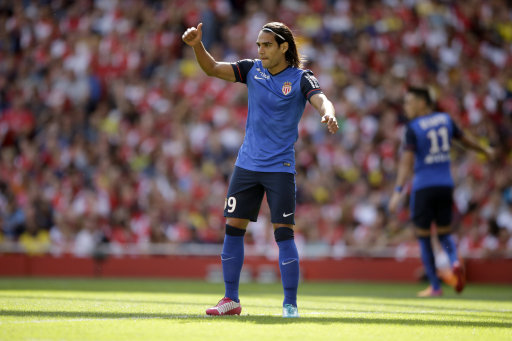 With Arsenal, Real Madrid and Man City all heavily linked for the past few days, it looks like Manchester United have come up on the rails and pipped the lot to the signing of Radamel Falcao.

Now, it’s worth noting that the Daily Mail have a propensity to jump the gun with things like this in the name of click-baiting, but never-the-less the paper have gone ahead and confirmed that United have won the race to sign Falcao…

The Mail are reporting that the year-long fling will cost United £12million up front and see the 29-year-old Colombian striker picking up £200,000-a-week in wages.

Question is, can he fill in at centre-back?