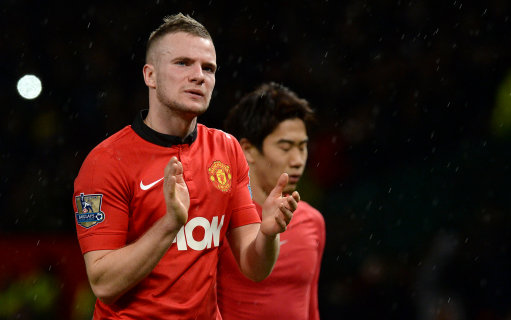 It seems that Tom Cleverley is pretty much destined to be following Shinji Kagawa out of the Old Trafford exit door before the transfer window closes, with Aston Villa and Hull City previously thought to be making in-roads toward an £8million deal for the oft-maligned midfielder.

However, while Villa and Hull were busy whimpering at the United man’s £60,000-a-week wage demands, the Independent are reporting that Everton have sprung their own deadline day foray and are noe favourites to sign the 25-year-old.

The Indy suggest that Cleverley is “believed to prefer a reunion with Roberto Martinez” after playing under him at while on loan at Wigan for the 2010/11 season.

Indeed, Cleverley is now at evens with bwin bookmakers to join the Toffees before midnight tonight.