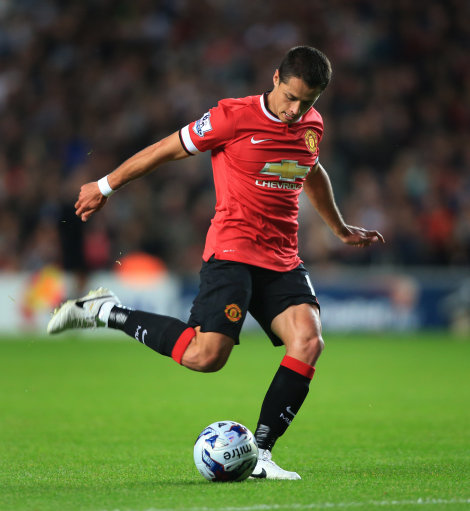 It’s been in the offing for several hours, but Javier Hernandez’s season-long loan move from Manchester United’s substitute’s bench to Real Madrid’s has now officially been confirmed by the Spanish club.

The following short statement has just appeared on the Real website:

“Real Madrid CF and Manchester United have reached an agreement for the transfer of [Chicharito].

“Real Madrid reserve an option to buy the player.”

Hernandez is now set to be unveiled at a 3.30pm (BST) press conference in the Bernabeu press room so hopefully we’ll have some nice photos to bring you later on this afternoon.