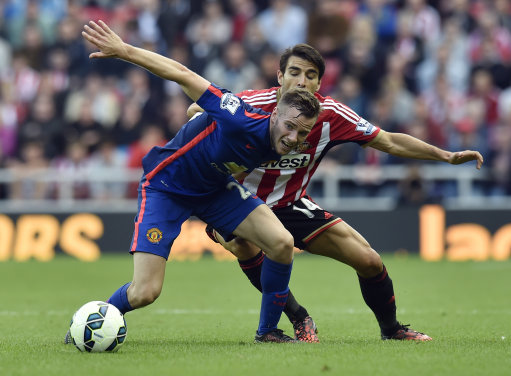 Hold the bleedin’ phone! It seems like Tom Cleverley’s escape from Manchester United to [anywhere else], deemed to be dead in the water by the time the transfer window closed at 11pm on Monday night, may still be a go-er if Sky Sports are to be believed.

Sky don’t actually have any specifics as yet, but they’re yammering on that Aston Villa might still have a chance of taking the midfielder on loan despite the window shitting (typo, but it stays) hours ago:

“Villa are confident of signing Tom Cleverley on loan from Manchester United, according to Sky sources.

“The deadline for transfers was 11pm last night but Villa are hoping the Premier League will give the deal the go-ahead.”

It would seem that Villa have lodged some salient piece of paperwork with the Premier League in time for the deal to still be worked on.