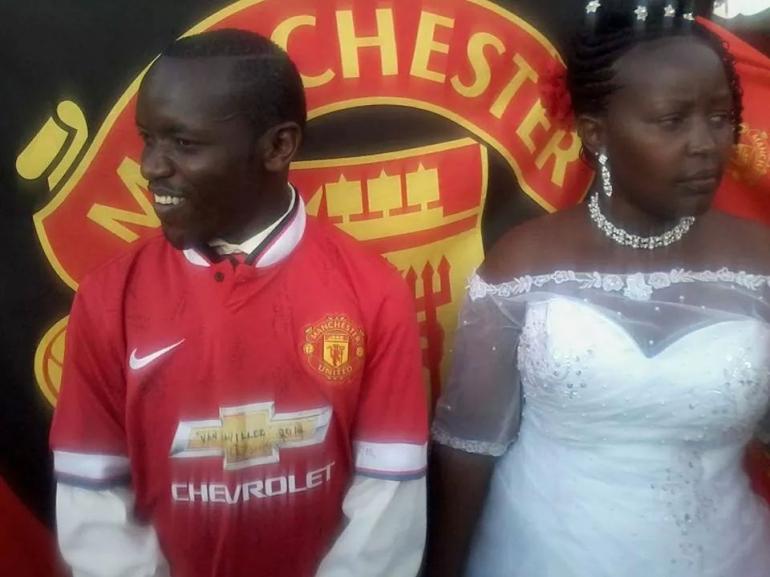 A couple in Uganda epitomised the global reach of Premier League football by having a Manchester United-themed wedding, although it seems from the photos that it was the groom rather than the bride who was behind the idea. I’m by no means implying that a woman can’t be just as passionate about the game as a man, but while her husband turned out in a Man Utd shirt with the words “Just Married” printed on the back, she wore a traditional white dress. Also, look at her face!

As well as the appalling Full Kit Wankerism of the Man Utd jersey, the wedding cake was a Chevrolet-themed construction in homage to the Red Devils’ sponsors while the happy couple sat in front of a massive United flag. The poor woman.