This time last season, or indeed this time a couple of months ago, Manchester United chief executive Ed Woodward was the subject of much derision and anger from fans of the club frustrated at his apparent ineptitude in the transfer market.

Woodward’s lack of decisiveness along with his big-money signing of Marouane Fellaini didn’t do Man Utd’s last boss David Moyes any favours ahead of the 2013/14 season. Woodward’s stock remained low for much of this summer’s transfer window too, with Red Devils’ fans concerned at the lack of big name signings. However, by the time the window had shut, poor old Ed had finally come good, bringing Galactico-size stars such as Angel Di Maria and loan-signing Radamel Falcao.

While it remains to be seen if the huge outlay of cash will reap the requisite rewards for Louis van Gaal and co. this season, a lot of United fans have started to warm to their club’s head honcho, at least judging by this superbly made mock-up of a film poster posted on Reddit. “From Fellaini To Falcao” indeed…. 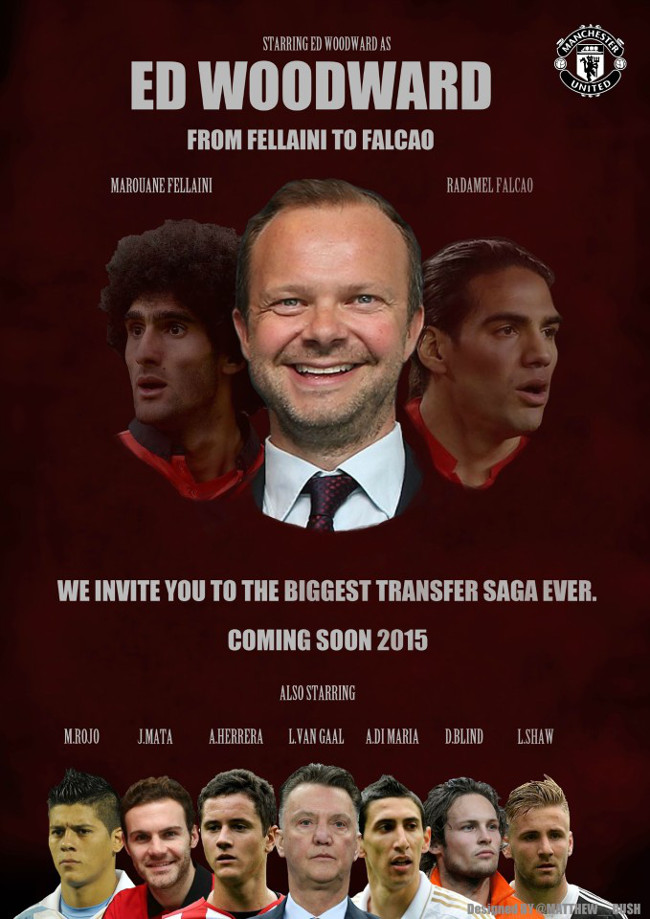