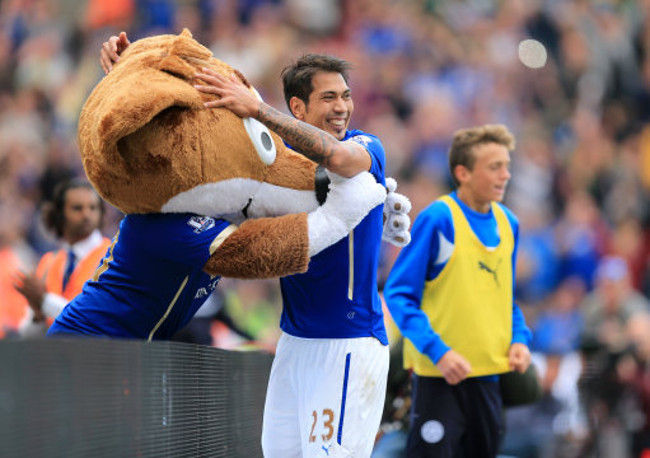 Despite fielding a side boasting superstar names like Falcao, Di Maria, Van Persie and Rooney, Louis Van Gaal saw his expensively-assembled Manchester United side go down in dramatic fashion against Leicester on Sunday.

Things looked to be going according to plan for the visitors, with Robin Van Persie and then Angel Di Maria (via a superb lob) putting the Red Devils 2-0 up within 16 minutes. However, Leicester’s very own in-form Argentinian Leonardo Ulloa got one back for the Foxes just a minute later as the Foxes did their best to get back into the game.

A clever back-heeled effort from Ander Herrera put United 3-1 up just before the hour-mark and it looked as though the Mancunian giants were set for all three-points. However, Mark Clattenburg’s very questionable decision to award a spot-kick to the hosts after Jamie Vardy had gone down in the box turned the game on its head.  David Nugest converted the resulting penalty and that goal breathed new life into the Foxes.

Yet another Argentinian would be the next to score when summer-signing Esteban Cambiasso fired home on 64 minutes before Vardy sealed the deal for the home side on 79 minutes.

Yes the penalty was a poor decision, but the manner in which United collapsed and the lack of decent defending throughout the games just highlighted how much work Van gall still has to do.

As for Nigel Pearson and Leicester, they now have a decent eight points from their first five games back in the Premier League and look well capable of avoiding a relegation battle this season.