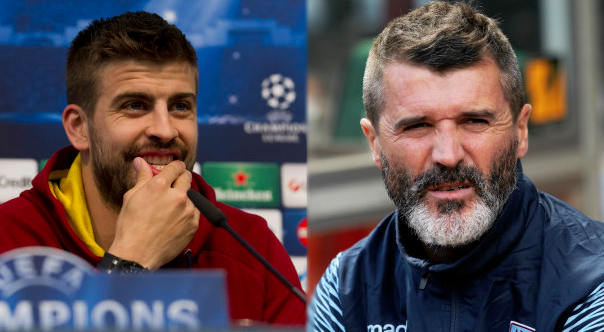 Despite leaving Manchester United at the age of 20 having only played alongside him for around a year or so, it would seem that Gerard Pique is still haunted by visions of one particularly intimidating former teammate – with the vicious, wild-eyed spectre of Roy Keane still causing him to wake up screaming in the middle of the night.

Answering reader’s questions in the latest issue of FourFourTwo magazine, Pique was asked if he ever felt intimated by Sir Alex Ferguson during his time at Old Trafford.

“I remember we were in the changing room at Old Trafford and my phone started vibrating.

“Keano could hear the vibrations and went crazy trying to find out who the phone belonged to. That’s who he was.

“Before we [Barca] beat Celtic 1-0 last season, I noticed him by the side of the pitch as a pundit as we went to warm up.

To be honest, we don’t blame him.