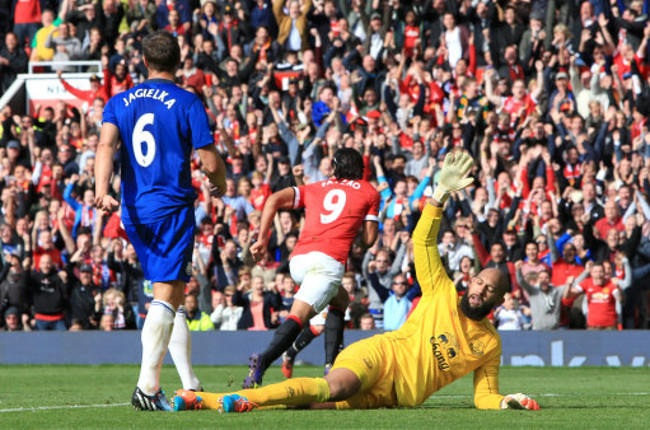 Radamel Falcao finally opened his Manchester United account as the Red Devils battled to a 2-1 win against Everton.

Angel Di Maria opened the scoring just before the half-hour mark after the hosts had started strongly. That lead lasted until the break but only after David De Gea saved a spot-kick from Leighton Baines.

In the second period, Baines made up for his penalty miss by crossing for the hard-working Steven Naismith to head home. The Toffees then pushed for a second and United had Falcao to thank for a goal-line clearance from a Phil Jagielka effort.

The Colombian, who had been quiet throughout the game, then did what he does best, latching on to a mis-hit shot from Di Maria before slotting past Tim Howard.

That goal would ultimately secure all three points for United who now move into the top four for the first time in over a year. Roberto Martinez’s Everton, on the other hand, find themselves just one place about the bottom three.