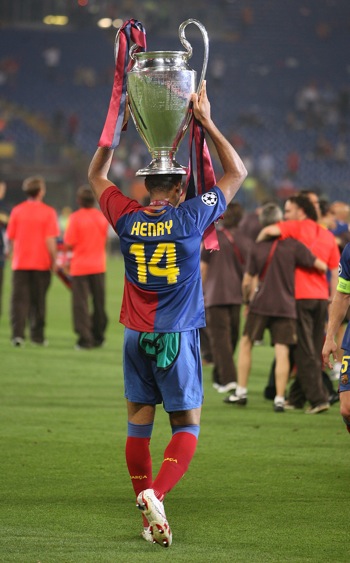 The winners of Lyon vs Bordeaux will play the winners of Bayern vs Man Utd in one semi final (and the winner of that semi will be designated the home team in the final). You can work out the other semi permutations!

First thoughts on the draw? Man Utd could hardly have asked for a better route to the final, whilst Arsenal face the toughest possible path to the final in Madrid, via the Nou Camp and then (possibly) the San Siro, or Messi and Mourinho. You have to like a Man Utd vs Barcelona final.