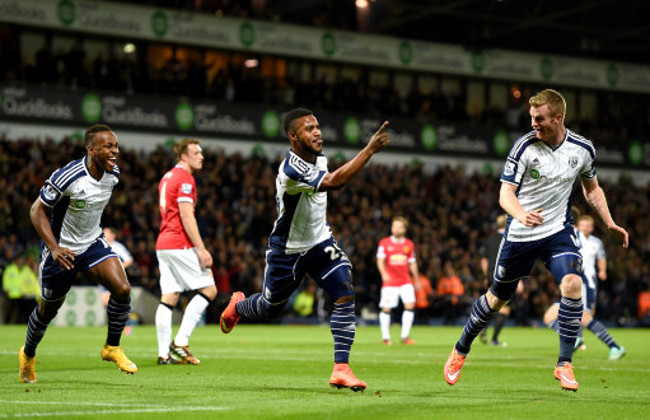 A late Daley Blind goal denied West Brom all three points in what was a cracking Monday night clash at the Hawthorns.

The Baggies took the lead on eight minutes, with Stephane Sessegnon firing home a superb effort as the Red Devils’ backline once again look vulnerable. However, just after the break, sub Marouane Fellaini powered home the equaliser which looked like kickstarting the visitors’ night.

Alan Irvine’s men, though, were in no mood for capitulation and they once again took the lead through the in-form Saido Berahino, who slotted home just after the hour-mark.

After that goal, the visitors pushed and pushed for an equaliser, with the rather ineffective Robin Van Persie hitting the post. But just when it looked like the Baggies would hold on, Van Persie’s international team-mate, Daley Blind, curled the ball past Boaz Myhill from the edge of the box.

While it was a point clawed back for United, Van Gaal won’t be happy with his side’s defending. As for Alan Irvine, to see all three points snatched away from him at the death will hurt.