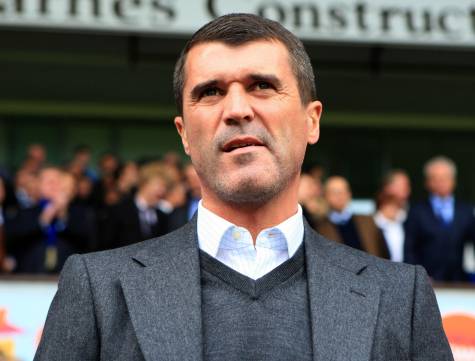 Ipswich Town manager Roy Keane is rapidly losing patience with his side’s form and, after locking the team in their dressing room for over an hour following their defeat at Watford on Tuesday night, has moved to hammer home a ‘few home truths’ – read into that what you will!

Speaking to the club’s official website, the Manchester United legend appears less than impressed with the way some of his players approach away games;

“I appreciate the days are gone when you could go around assaulting people, but players drive you crazy and some things had to be said. A few home truths shouldn’t hurt them. I should have made three substitutions after just 10 minutes the other night.

It’s the away games that are the problem. Some of our players don’t like travelling, they miss the home comforts of their dressing room.

I gave players an opportunity to come back in and stake their claim but they threw it back in my face. Others have been making the same mistakes week in, week out, and they will take us nowhere fast.

You would have a better chance of winning the lottery than us winning away from home. It seems they can’t cope when they are outside their comfort zone.”