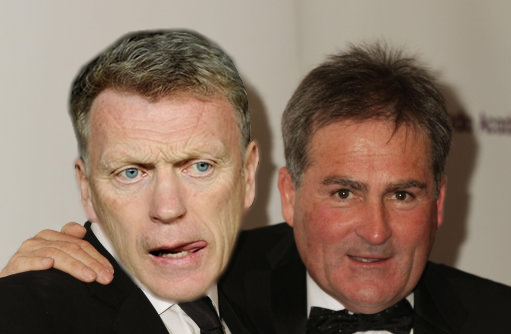 Quite why you’d want to take any kind of vicarious credit for David Moyes’ tenure at Manchester United is beyond us, but Richard Keys has surfaced from his underground Banter Bunker™ deep beneath Doha to reveal that it was he was feeding nuggets of advice to Moyes during his ill-starred reign at Old Trafford.

Firstly criticising Sir Alex Ferguson for “knowing nothing about loyalty” after sniping that the United job was just too big for Moyes in the revised paperback edition of his book, Keys then sprang to Moyes’ defence like the white, middle-aged knight nobody asked for.

Flapping away on his personal blog, Keys whinnied:

“I was full of advice for David during his time at Old Trafford.

“I thought sacking Mike Phelan was a mistake but having spoken to David it turns out there was a very good reason to do it.

“How David must wish he’d had both the backing and the money to change things at United as Van Gaal has done.”

If true, that explains everything.

However, we’re more inclined to believe that Keys’ delusional “confidante” act probably extended to one informal banter session in the golf club bar.