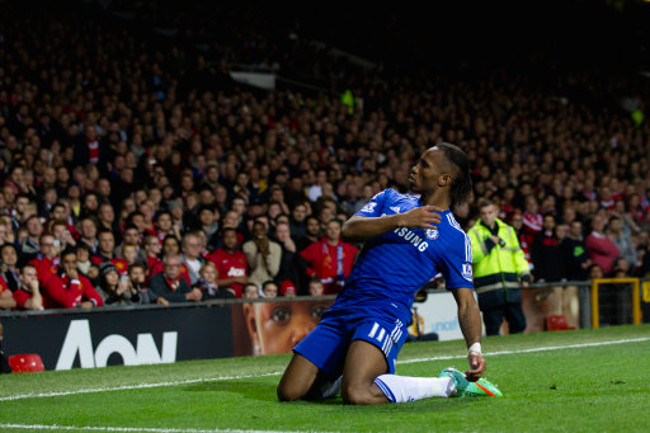 A late, late strike from Robin Van Persie denied league-leaders Chelsea victory at Old Trafford in Sunday’s late game. The Blues had been the better side for the majority of the game, but in a dramatic last few minutes, they saw their lead slip.

Didier Drogba, in for the injured Diego Costa, rolled back the years to open the scoring on 53 minutes as Jose Mourinho’s side looked in control. However, as the game wore on the Red Devils started to increase the pressure on Thibaut Courtois’ goal.

Still, Chelsea looked set to increase their lead at the top of the table when Branislav Ivanovic fouled Angel Di Maria at the death. That foul saw the Serbian defender shown a second-yellow and things would get even worse for the visitors. Di Maria’s free-kick into the box saw Courtois save superbly from Marouane Fellaini but Van Persie was on hand to fire home the equaliser.

Chelsea, who deserved to take all three points, are now four points ahead of second place Southampton and six ahead of current champions Man City. As for United, they now find themselves in eighth spot, 10 points behind the Blues.