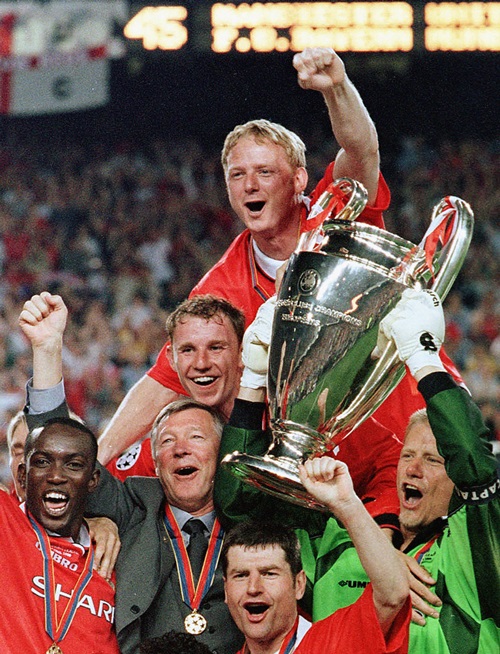 26th May 1999, the night David May became immortal

As part of an upcoming series of interviews with goalkeeping royalty Peter Schmeichel and Oliver Kahn, the chaps over at Fanbookz had the pair sit down an watch the 1999 Champions League Final together – one as a winner, the other as first runner-up.

The spiel is fairly interesting but the most remarkable aspect of the entire video is just how personable Kahn comes across as being.

Here we are assuming he’s some kind of dour, joyless albino gorilla, but he actually seems to be a fairly affable chap – he even smiles at one point!

As mentioned, the Schmeichel/Kahn chin wag is the first instalment in a series, so stay tuned to Fanbookz if you fancy more of the same.