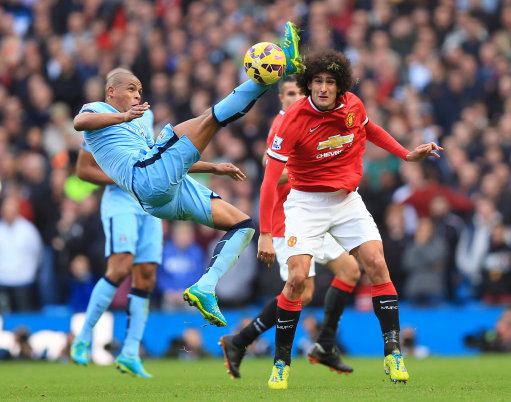 As is their wont, the chaps over in the Sports Direct marketing department have been looking into their football shirt sales of late; crunching the numbers, compiling a study (and please note we use the word ‘study’ in the loosest possible sense here) and coming up with a few semi-surprising results.

Focusing on the sales of their eight biggest selling Premier League shirts – Arsenal, Aston Villa, Chelsea, Liverpool, Newcastle, Manchester City, Manchester United and Tottenham – Sports Direct have been able to ascertain where in the world each club have flogged the most replicas during the 2014/15 season so far.

For example, Villa actually sell more shirts in Dublin (accounting for 24.46% of total sales) than they do in Birmingham (15.83%)… 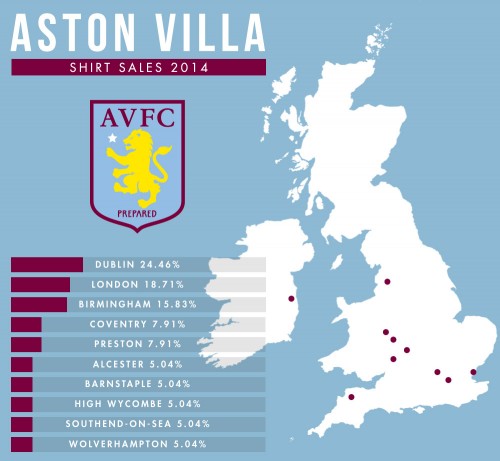 Venturing further south, Chelsea have unsurprisingly shifted over half of their shirts in the London area (56.30%), the next highest hotspot on the Blues’ breakdown is Lagos in Nigeria (8.43%) – several percentage points above Sheffield, Glasgow and Brighton… 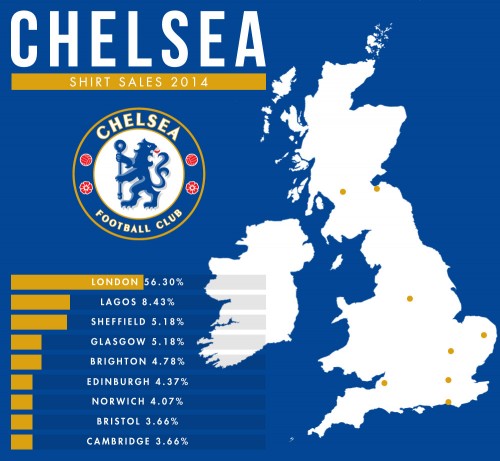 The strangest stat, however, is the percentage of shirt sales in Manchester – with United accounting for an overwhelming 94.54% of the city’s total sales, while City only clock in with a paltry 5.43%… 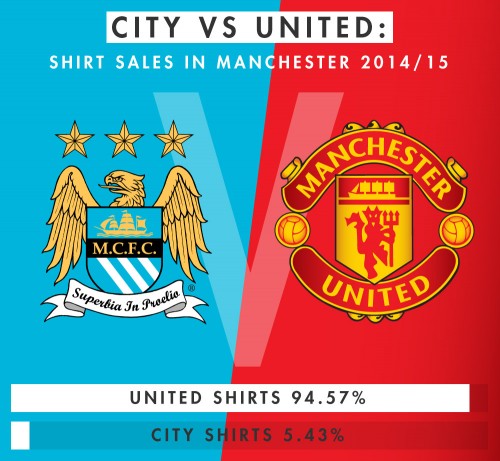 Of course, it means next to nothing, with City fans obviously buying their shirts elsewhere, but still – you’d probably expect it to be a little closer run than that, no?

Anyway, individually both City and United see the majority of their shirts being sold in London – with United selling just 10.33% of their wares in Manchester as opposed to 44.71% in the capital.

Those figures are even lower on the blue half of the divide, with City seeing just 4.72% of their shirts sold on home soil, compared with 27.95% in London.

Sports Direct’s full findings are available to peruse here if you so wish.