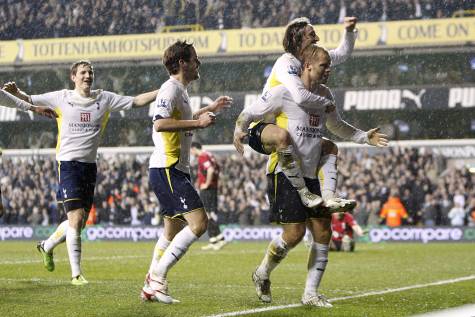 Rumour No. 1: Tottenham Hotspur are exploring the possibility of activating a clause in Eidur Gudjohnsen‘s contract that would see his loan from Monaco extended for a further 12 months.

The Icelandic striker has been in fine form recently, scoring two goals in his last three games, and is keen to remain in England after enduring a somewhat torrid time on the French Riviera. 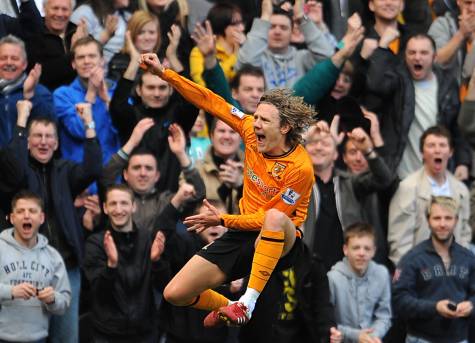 Rumour No. 2: Newcastle United have reportedly placed Hull City midfielder Jimmy Bullard at the top of their summer shopping list should (when) they win promotion to the Premier League.

Bullard cost The Tigers £5 million nearly two years ago and has only managed eight starts in that time due to a succession of long-term injuries, but Newcastle owner Mike Ashley is ready to make the necessary funds available to secure the 31-year-old’s signature.

The Best of the Rest: Manchester United have again been linked with £10-million-rated Schalke ‘keeper Manuel Neuer.

Hull’s Brazilian midfielder Geovanni is in talks with Greek side AEK Athens after being told that his £25,000-a-week wages will be slashed by 40% in the summer.

Portsmouth seem to think that the sale of Nadir Belhadj and Kevin Prince Boateng will somehow raise them £9.5 million.

Birmingham City’s Liam Ridgewell will quit the club in the summer if he isn’t handed a new £25,000-a-week contract by The Blues.

Bolton, Birmingham and Preston are all keeping tabs on Manchester United’s  young winger Tom Cleverly, who is currently on loan at Watford.