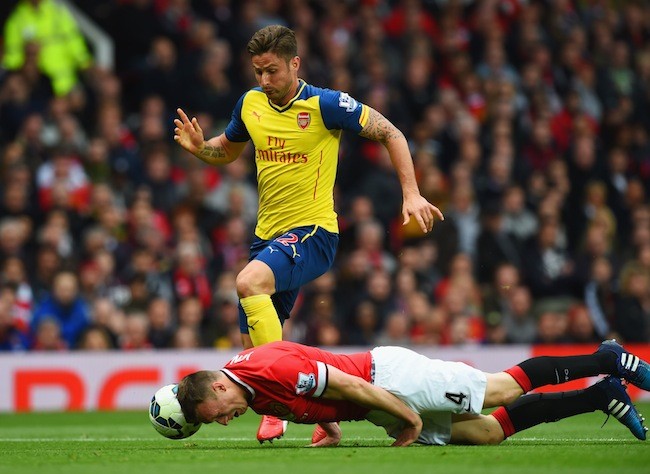 Manchester United’s Phil Jones just wanted it more than Arsenal’s Olivier Giroud. Some say he wanted to eat it, others that he wanted to balance it on his nose and be rewarded with a large raw herring.

That Jones face tackle has garnered a few choice reactions on twitter:

You’re all laughing at Phil Jones, but that’s what raw desire looks like. It’s also what a spaniel on a freshly polished floor looks like.

It’s easy to mock Jones, but his commitment to the cause will give England manager Roy Hodgson a selection headache, angle-hunting Sky Sports a new Jones-inspired Worm Cam and make historians wonder what shape Diego Maradona’s career had taken had Terry Fenwick dealt with the titchy Argentine at grass roots level.