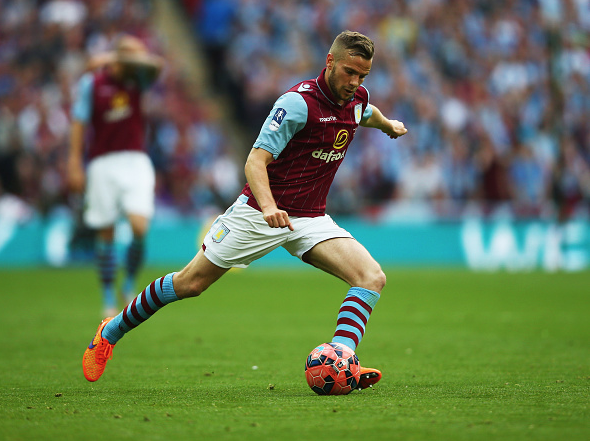 According to several sources, most notably The Times, Tom Cleverley is set to leave Manchester United and join Everton on a free transfer before the week is out.

Basingstoke-born Cleverley, who played 79 times for United, spent last season on loan at Aston Villa. He will reportedly earn £50,000 a week in a five-year deal.

Everton manager Roberto Martínez coached Cleverley when United loaned him to Wigan Athletic in 2010/11. The Spaniard also failed in a bid to to take the England player to Goodison last summer.

Everton should be a good fit for the talented and hard-working player who irked Roy Keane and annoyed United fans. His progressive year at Villa proved he’s not quite as sideways-inclined as first thought.

Exciting times, then, for Cleverely – aka “the new Paul Scholes” and ‘TC23: The Brand’ – who is scheduled to marry Georgina Dorsett, as seen The Only Way Is Essex, this month.

The celebrity he once craved beckons.