Liverpool’s summer spending-spree looks set to continue with Christian Benteke next in line for a move to Anfield. According to the Express, the Reds are now willing to meet Aston Villa’s £32.5million buyout clause for the Belgian hitman, paving the way for a deal to happen. Indeed, the Express have even shown us just what the striker would look like in a Liverpool shirt, for those of us with an imagination deficit… 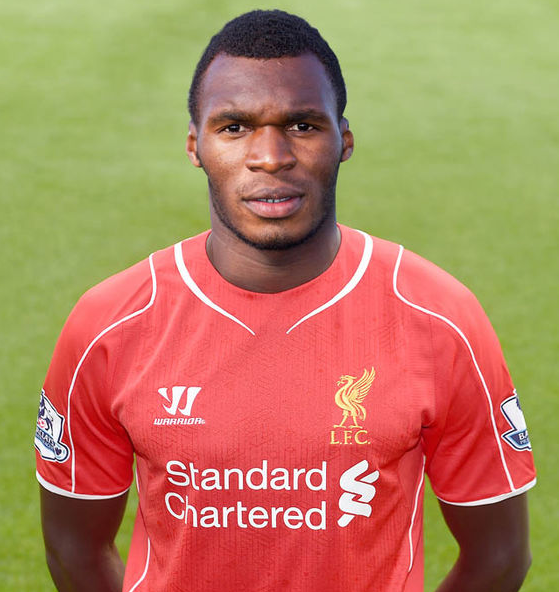 Liverpool certainly lacked goals last season and with the likes of Philippe Coutinho and Robert Firmino scheming in behind him, the 24-year-old bruiser would definitely get his share of chances.

The Independent reports that Arsene Wenger’s obsession with diminutive attacking midfielders looks set to continue, with the Gunners eyeing a move for Pedro. The Barcelona wingman could be available for as little as £15million despite having a huge £110million buyout clause on his head.

The 27-year-old has struggled to secure a regular starting berth at Barca, kept out of the team by an unknown trio of players called Messi, Neymar and Suarez. While the sale of Lukas Podolski to Galatasaray does open up a space in the Gunners’ attacking, surely the presence of Alexis Sanchez, Danny Welbeck, Theo Walcott, Alex Oxlade-Chamberlain, Santi Cazorla et al mean that the World Cup winner is hardly needed at the Emirates?

The always reliable Metro reports that Newcastle are on the very cusp of snapping up Georginio Wijnaldum. The 24-year-old Dutch international  was left out of PSV Eindhoven’s pre-season tour, adding to speculation that a move to the north-east is imminent.

The attacking midfielder, who can also play in a deeper role, bagged 16 goals for the Eredivise champs last season and will cost Steve McClaren & co. £15million. If the move does happen, it could also spell the end of Moussa Sissoko’s time on Tyneside, with a number of the Premier League’s big guns sure to be interested in the French international. While I, for one,  can’t wait to hear the goons on Soccer Saturday pronounce ‘Georginho Wijnaldum’.

Asmir Begovic’s expected move to Chelsea could be hijacked by Manchester United, according to the Mirror. The Stoke glovesman was expected to move to Stamford Bridge to replace the departed (not dead) Petr Cech in a deal costing the Blues £8million. However, with David De Gea set for Real Madrid, Louis van Gaal is now keen to nab the Bosnian ‘keeper (with a potential £10million bid) before he signs on the dotted line for Chelsea.

While a chance to join Jose Mourinho’s squad obviously appeals to the 28-year-old Begovic, a chance to line out as Man Utd’s number one, rather than be a back up to Thibaut Courtouis, will surely tempt the Potters’ star.

Staying with the Mirror (and Chelsea), who tell us that Juan Cuadrado could be on his way to Italian giants Juventus. The Colombian winger struggled to make the requisite impact at Stamford Bridge last season and, as we all know, Jose Mourinho isn’t renowned for his patience. Serie A champions Juventus have already added Paulo Dybala and Mario Mandzukic ot their attacking ranks but want to add the fleet-footed Cuadrado who shone in Italy during his time at Fiorentina.

The 27-year-old cost the Blues a whopping £27million last January so the Old Lady will have to dig deep in her purse if she is to get her man. Although a loan-move may well prove more acceptable for both clubs if a deal does indeed happen.

Nicolas Gaitan could finally be on his way to Manchester United, West Ham are close to a deal for Juventus defender Angelo Ogbonna while Stoke City’s Steve Sidwell is a target for Leeds United.