Having failed to sign Liverpool new-boy Nathaniel Clyne and with Brazilian Rafael not impressing Louis Van Gaal, Manchester United have been eager to sign a top-class right-back. And in the 25-year Matteo Darmian, they have done just that.

The club website have announced that the Italian international has signed on the dotted line, with the fee reported to be a very reasonable £12.7million. 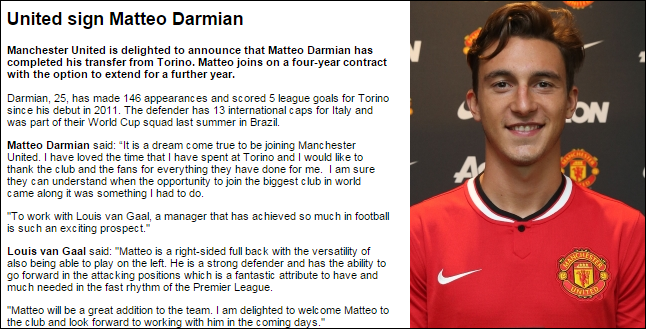 With Memphis Depay already in the bag and a deal for Bastian Schweinsteiger agreed with Bayern Munich, the Red Devils should be quite a formidable outfit in the coming season.