Following hot on the heels of the Soccerex Index which named Raheem Sterling as the best young player in Europe, the much-respected France Football has published its very own list of the Top 50 young European talents.

In terms of Premier League players, along with Depay and Sterling, Kurt Zouma, Emre Can, Saido Berahino, Ross Barkley, John Stones, Luke Shaw, Adnan Januzaj and Jordan Ibe all make the cut. Although expect a few more on the list to end up in England by the close of the transfer window.

Here’s the rest of the Top 50 for your perusal… 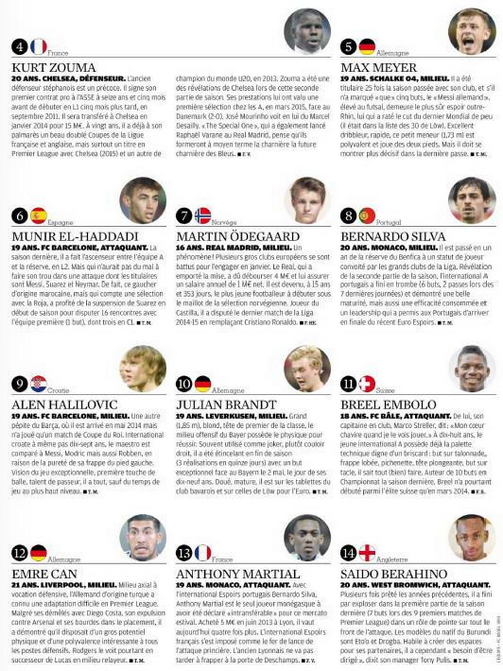 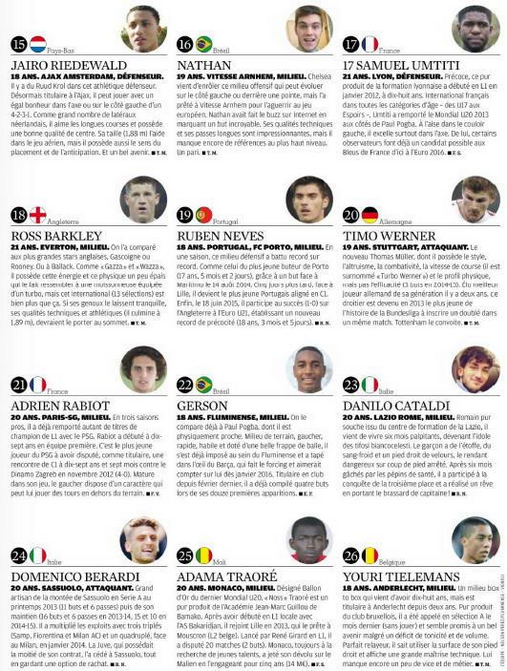 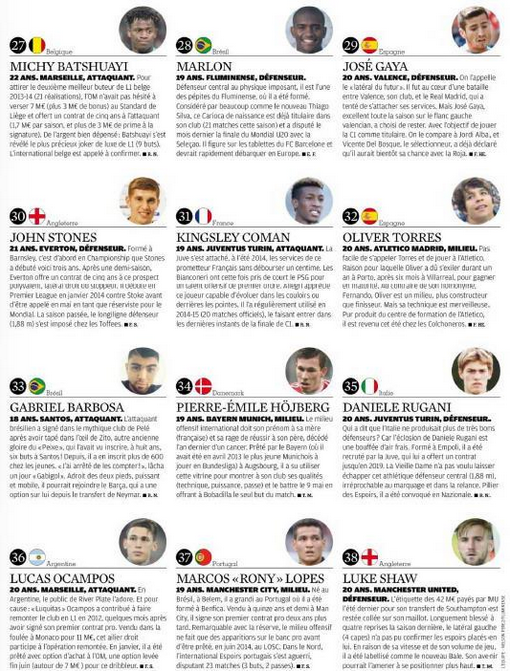 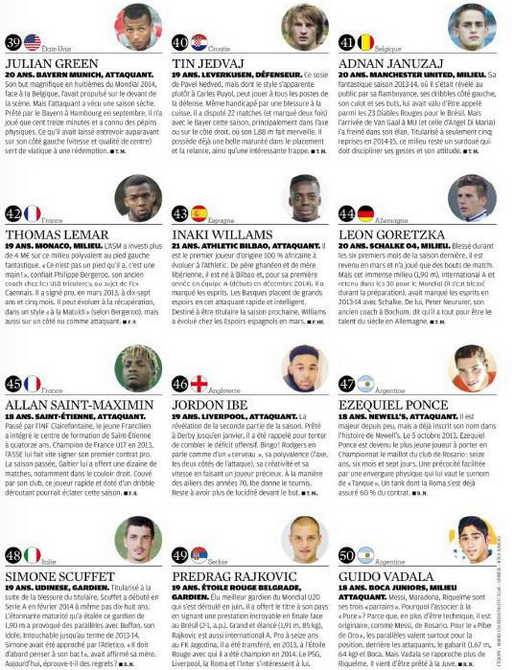