With the incredibly tedious Raheem Sterling saga wrapped up, English football was in desperate need of another ongoing narrative. We had to wait one day. One lousy stinkin’ day.

As you’ve no doubt heard by now, the friction between Manchester United manager Louis van Gaal and his second-choice goalkeeper Victor Valdes is escalating slowly but surely.

It all began when Valdes was omitted from United’s pre-season USA tour squad earlier in the week, despite being the club’s most senior ‘keeper.

Tongues were set a-wagging, with the general consensus being that Valdes was staying at home as he’d been put on a special intensive training programme to help him overcome a long-standing fitness issue. 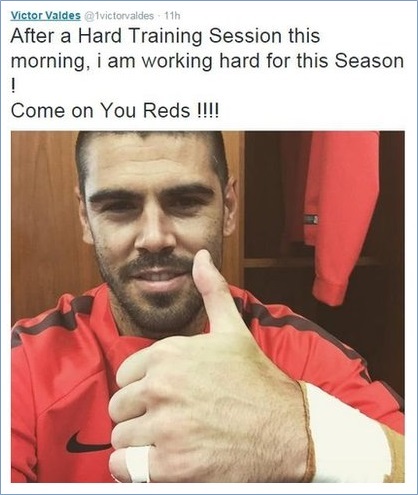 However, Van Gaal used his Wednesday night press conference to confirm that Valdes had been left behind as punishment for “refusing to play for the second team” last season.

Van Gaal also confirmed that he would now be doing everything in his power to ship out the ex-Barcelona stopper, who only moved to Old Trafford in January, before the start of the new season.

Well. Valdes wasn’t about to let that kind of accusation lie, and has since taken to both Twitter and Instagram this morning to hit back at Van Gaal’s comments by providing pictorial proof of him playing for United’s reserves on multiple occasions last season… 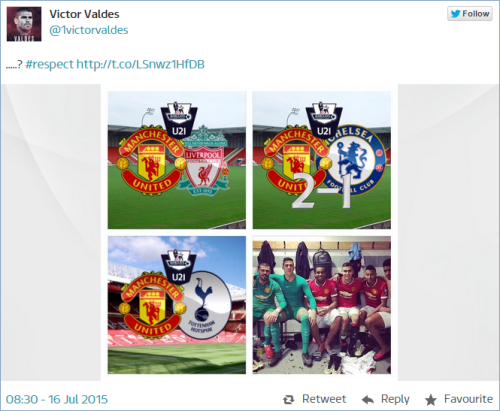 This is only going to end one way – Van Gaal’s way – but we’ve got a horrible feeling that it’s going to take weeks to get there.

Buckle up people, something tells us we’re in for a tiresome, overly-protracted ride.