The United website had claimed that the club had won the FA Cup “a record 11 times”. However, in thrashing Aston Villa in May, the Gunners racked up their (actual) record-breaking 12th FA Cup final win.

Along with an email, the livid Livingston (he probably wasn’t really that livid, to be honest) Tweeted Man Utd’s official account….

ManUtd.com editor Adam Bostock replied swiftly to Livingston by email, saying “It was indeed just an oversight and, with your help, the statements which were rendered inaccurate by Arsenal triumph in May have now been corrected.” Here’s the email in full… 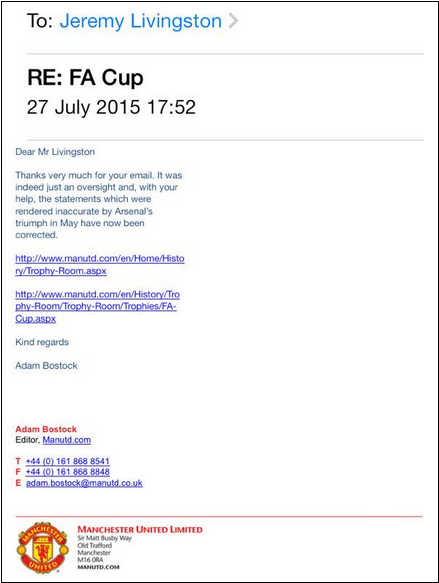 And lo and behold, the ‘Trophy Room’ section of the United website was updated accordingly… 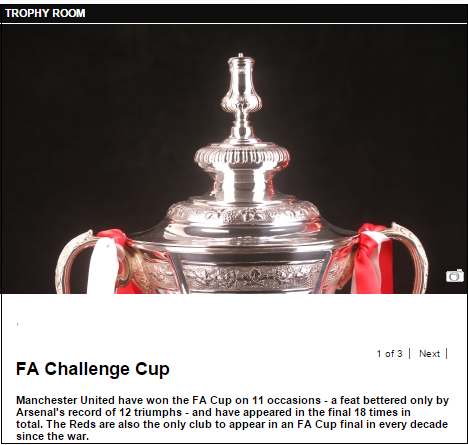 And they all lived happily ever after! The End.