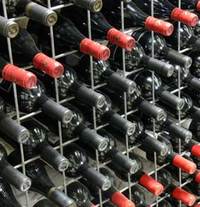 With the Premiership title in the bag, Alex Ferguson has written off Liverpool’s chances of winning a sixth European title later this month. ‘I told Carlo [Ancelotti, Milan’s boss] at the end of our semi-final that there is no way he can now not win this competition,’ said Fergie.
‘Carlo gave me a magnificent bottle of wine. But I immediately told him there is no point in giving such a wonderful gift if he then fails in the final. In fact, I told him I would only drink his wine once I see him lifting the Champions Cup.’ [Via Guardian]
It seems all it takes to win Fergie’s approval is a good bottle of claret. A few words for you Fergie, which you can now rearrange into a sentence: Write. Liverpool. Never. Off.