Transfer Balls – evening report: Rounding up the day’s football tittle-tattle so you don’t have to… 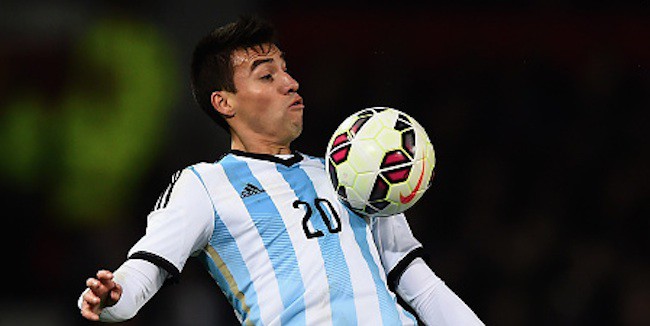 The Telegraph says “Manchester United have reached a ‘verbal agreement’ with Benfica over centre-back Nicolas Gaitan, according to The Metro”.

The phrase “according to The Metro” might be one of the most meaningless in football journalism. All you can deduce from it is that Gaitan has not signed for Manchester United – yet. The Telegraph adds: “The Argentine will cost around £21.1m and would provide Louis van Gaal with badly needed reinforcements in defence.”

Both newspapers are wrong: the 27-year-old is not a defender. He is an attack-minded midfielder.

Sky adds: “In Van Gaal’s 3-5-2 formation, this would see him deployed at left wing-back, a position Ashley Young made his own last season. Luke Shaw will also be hoping to stake a claim for this role come August.”

Is Ashley Young on his way out of Old Trafford?

The Daily Star learns from Italian journalist Emanuele Giulianelli that Karim Benzema will “arrive in London on Sunday” having agreed a four-year deal to play for Arsenal. Benzema will earn £6.3m-a-year. Giulianelli opines: “Benzema told to his entourage that he’s excited about Wenger and Gunners. He loves Arsenal fans.” All of them!

NBC Sports says a MSL club (name not supplied) has offered Manchester United $10m for striker Javier Hernandez. The player has been given just 24 hours to decide his future.