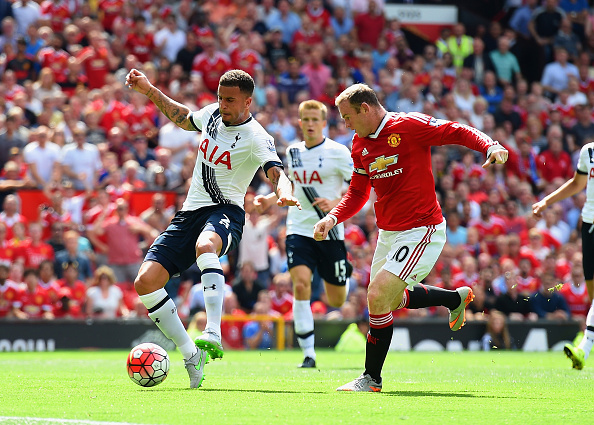 Spurs’ Kyle Walker has a place in the record books: his strike is the only time a Premier League season’s first goal has been an own goal. Walker, whose tad-too-slow Spurs were unluckly to lose to a lacklustre Manchester United, put a brave face on it, telling the BBC:

I tried to stick my foot in the way so that [Rooney would] kick my foot instead of the ball, so it’s a bit unlucky really as I’d made up a lot of ground to get there. We just look onwards and upwards to our next game.

Stoke City at home it is, then. 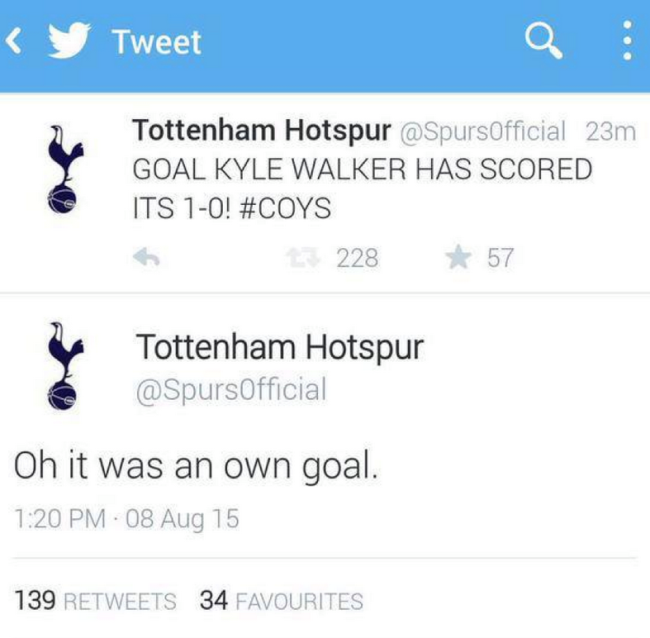 (Walker’s record is an unenviable one. But he should take comfort from what happened 10 years ago, when Jonathan Woodgate suffered a terrible Real Madrid debut, scoring an own goal and then being sent off against Athletic Bilbao.)