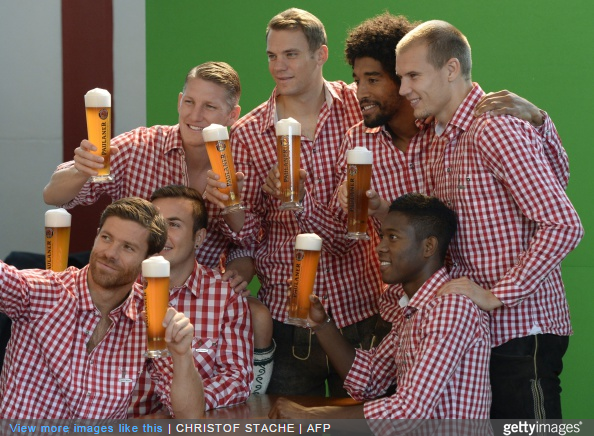 Bastian Schweinsteiger has only been at Manchester United fünf minuten and he’s already planning the team-building excursions at Old Trafford.

The German midfielder has one eye on talking his new United teammates into sampling the leather-clad, booze-soaked, stein-clinking fun of Oktoberfest back home in Bavaria this autumn.

“I once said to Wayne [Rooney], if we have the time, I want to invite the team to Oktoberfest,” Shcweini told Sky Deutschland.

“I do not know if we have that much time, and if it has the coach’s approval.”

Wayne Rooney was made for lederhosen.