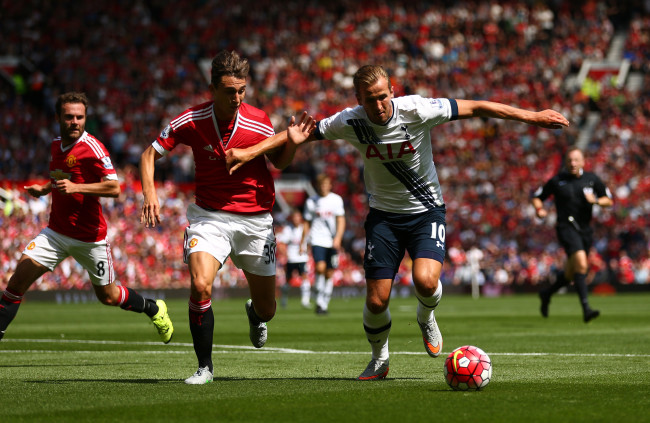 Manchester United have no chance of signing Harry Kane from Tottenham. No chance at all. Tottenham are adamant they will not sell the 22-year-old striker, says the Guardian. The Indy says Tottenham chairman Daniel Levy met with his opposite number at United, Ed Woodward, in May to tell him in no uncertain terms Kane is not for sale at any price.

But wait a moment…

The Telegraph says Tottenham will only sign Javier Hernandez from Manchester United if the Mexican is included in a deal for Kane.

Chelsea could buy Gonzalo Higuain is they pay Napoli a mere £66million, says the Daily Express.

After a majestic 63 minutes of action, former Arsenal captain Thomas Vermaelen is leaving Barcelona for Roma’s home for ex-Gunners, writes The Sun.

Marca says Sergio Ramos is set to sign a contract tying him to Real Madrid until June 30, 2020.

Celtic defender Virgil van Dijk could be on his way to Southampton for £7million, says De Telegraaf.