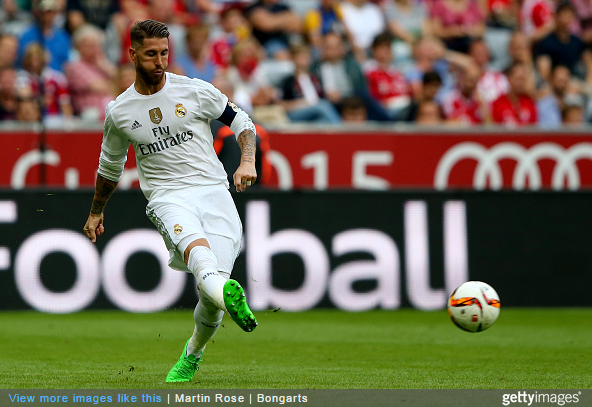 Surprise surprise. After a summer spent fluttering his eyelashes at Manchester United across the smoky honky-tonk, Sergio Ramos has gone and signed a new long-term contract with Real Madrid.

A month or so after United first caught wind of Ramos’ apparent unhappiness at Real and promptly opened the bidding at £28.6million, the 29-year-old defender has put his squiggle on a new five-year deal at the Bernabeu, signing up until 2020.

It’s reported that the extension will bump up Ramos’s annual salary to €9million, which equates to approximately €175,000-a-week – roughly €2million less per annum than United were supposedly offering.

Real have even announced that they’re laying on a special signing ceremony for Ramos this afternoon, just to drill home the point.