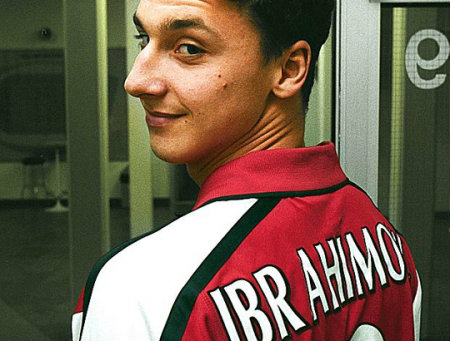 “Manchester United and Arsenal in for Zlatan Ibrahimovic?” asks the Guardian. To which the answer is: we don’t know. And reading on in the Guardian, we find out that they don’t know, either.

What Scott Murray does know, however, is that Paris Saint-Germain are keen to sell Zlatan Ibrahimovic and Arsenal and Manchester United are “already said to be vaguely interested”. Said by whom is something else we don’t know, but our bet would be someone at the Guardian.

The Daily Express says Chelsea want the Swedish legend and “have shown the greatest interest in the lanky goal machine”. Lanky? LANKY! He knows where you live, Daily Express. Be warned.

But The Blues won’t get Zlatan because AC Milan fancy him almost as much as he fancies himself, which is a lot.

Former Italian president Silvio Berlusconi says:  “I want him… if Ibra wants to come, we’re waiting for him with open arms. Let’s hope.”

Let’s hope Silvio washes his hands before coming in for one of his special ‘Bunga Bunga’ hugs.

Best / worst of the rest.

The Daily Express  says Arsenal have suffered a “blow” in their chase for Real Madrid’s Isco. The player’s agent Rafael Comino said his client wants to fight for his place at Real. “There’s nothing in the rumours,” says Comino.

The Metro says Zlatan will not be the only Paris Saint-Germain forward coming to Arsenal – Edinson Cavani “could” complete a transfer to the Gunners “within the coming days”. He could. And, then again, he could not.

Of course it was back in May that the Express told us: “Edinson Cavani agrees £22m contract transfer from PSG to Juventus.” So it’s pretty clear the papers have no idea. 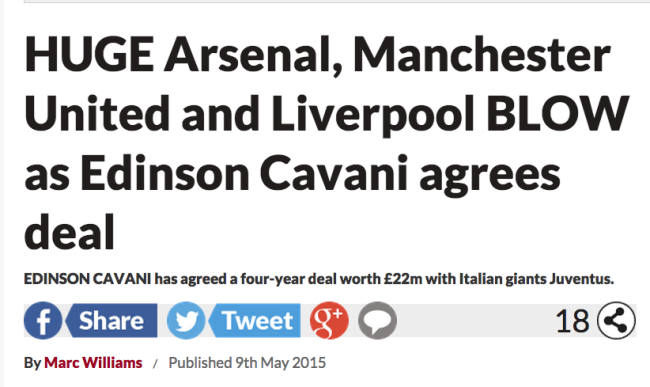 Newcastle will not bid for QPR striker Charlie Austin, 26, says the Newcastle Chronicle

Sunderland want to take Aston Villa’s Kieran Richardson, 30, back to the Stadium of Light, says the Daily Mirror

Sunderland are worried that Inter Milan will pip them to the signature of Liverpool’s Italian forward Fabio Borini, 24, says the Sunderland Echo

Norwich are keen to take Italian forward Mattia Destro, 24, on loan from Roma, says the Times

The Independent says Manchester United’s David De Gea, 24, will sack agent Jorge Mendes if his dream move to Real Madrid is not realised this summer. A sacked agent. Whose smiling?