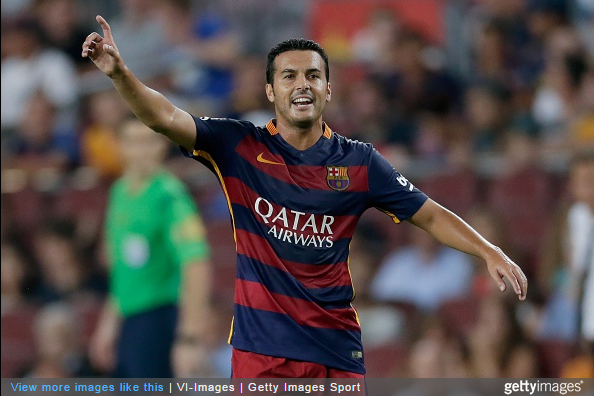 Nothing official as yet, but it’s being reported by a variety of sources (MARCA, ESPN, Sky Sports and the Mail to name just four) that Pedro is on the verge of giving Manchester United the old flip-flop in order to join Chelsea in a £21.5million move.

United have been chasing Pedro all summer long but it would appear that Chelsea have gazumped their rivals and scooched right on over into the driving seat, with reports suggesting that talks with the Barcelona winger are at an “advanced stage” and that he is due to undergo at medical with the Blues this very afternoon.

In short, it’s the Nicolas Otamendi saga all over again.

According to ESPN, Chelsea have “agreed in principle” to pay £20million (plus a further £1.5million in bonuses) for Pedro’s services after a chat with Cesc Fabregas supposedly turned the Barca man’s head.

Saints alive, this might just be about to get interesting!

Anyway, the weirdly over-defensive Chelsea right wing role has ruined many-a-decent player before. It’ll be interesting to see how long it takes Jose Mourinho to rob Pedro of his will to live.