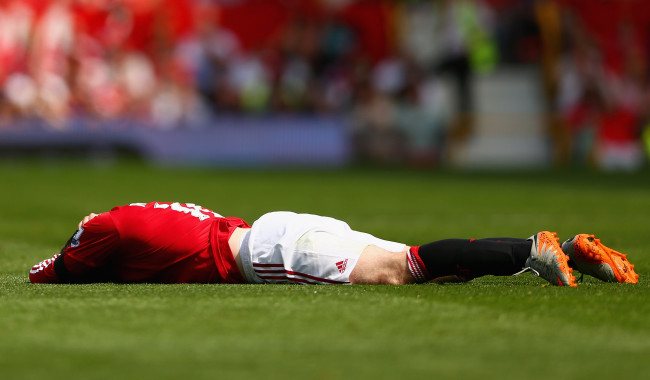 Two games in and Wayne Rooney has hardly been setting the Premier League alight this season so far. The Manchester United captain has looked sluggish.

It’s All About The Next Game

I’ve had one bad game this season and everyone is all over it. I know I’ve had that all through my career….

It’s early on in the season. Everyone will write about the end of last season and the beginning of this season [not scoring] but we’re three games into the new season, so it’s down to me to keep going.

I’ve experienced this before and the goals will come, I know that, and hopefully that day will come on Saturday against Newcastle.

His Own Harshest Critic

I’m an honest guy. I know when I haven’t played well. Against Villa I was below my standards and I know that. I think I lost the ball too easily a lot of times and I’m aware of that.

It’s not a game I’ll want to look back on. It happened. It’s football. You have nights like that and you have to move on….

I always set myself standards and I try to reach them. My mind’s clear. I know how to play the role. It’s just a case of getting the chances and taking them.

On His Job Description

Memphis has chipped in with two goals and Fellaini scored when he came on, and we all have to chip in, but I understand that I need to be the one who leads that line for us and tries to get the goals