Having collared manager Louis van Gaal on his way out of Carrington yesterday afternoon, one intrepid young Manchester United fan seized his opportunity to hand over the in-depth transfer plan he’d been beavering away on for the past few days.

Van Gaal was the only one to stop for the fans to sign autographs. The way he deals with fans was very classy. #mufc pic.twitter.com/iPxkjdHets

Having assessed the market and run the rule over United’s options, the fan drew up a ridiculously detailed plan of action for Van Gaal, just to give the Dutchman a “fan’s perspective” on the club’s potential summer dealings as well as a few “Transfer Tips” for the last few days of the window…

Handed LVG this sheet as well, just to make him see a fan’s perspective on transfers and formations. #mufc pic.twitter.com/xZa0F7ATGv 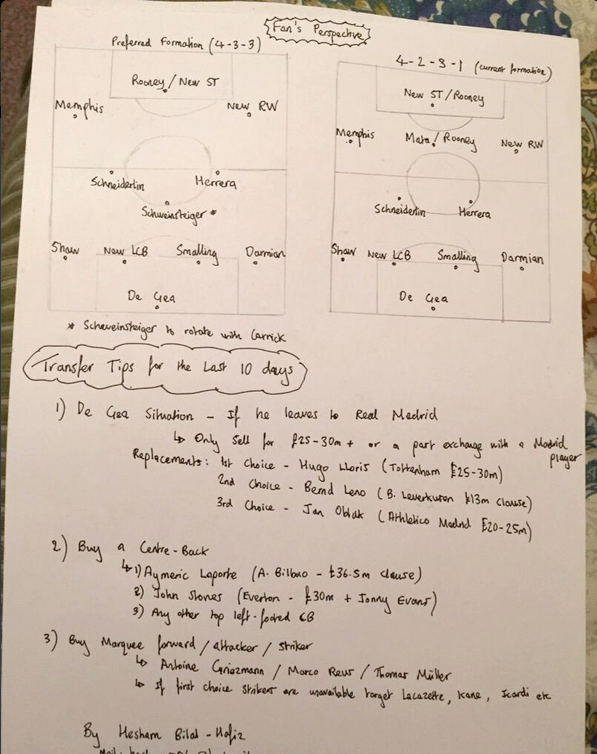