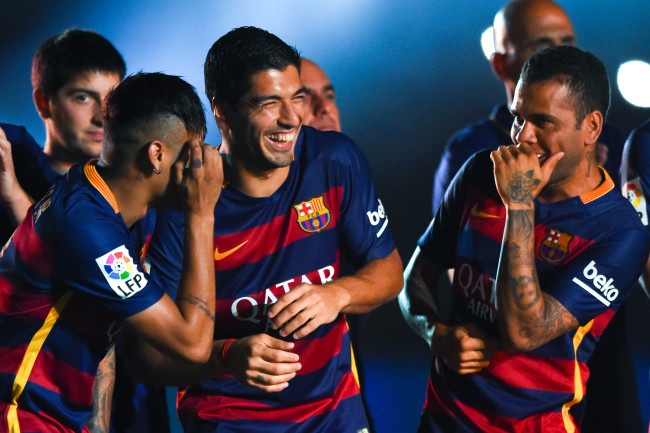 Transfer Balls – a look at news of Neymar’s supposed transfer to Manchester United.

Today, the Guardian have taken up the story of Neymar’s mooted transfer from Barcelona to Manchester United. This story started life in the Sun, which told readers of “secret talks” to buy the 23-year-old Brazil and Barcelona forward.

The Sun’s Shaun Curtis said “a top Barcelona source” had told him that United have made a “discreet approach” to the La Liga champions.

United’s Executive vice-chairman Ed Woodward has been to Barcelona three times in the last two months. We all thought he was after signing Pedro.

Curtis reasons that if Neymar joined United “he would become the undisputed main man and a challenger for the title of World Player of the Year”.

Neymar’s current Barcelona deal expires in the summer of 2018 – and he does want a new deal but he’ll get one anyway. In June, the Mail told us: “Josep Maria Bartomeu will offer Neymar a new deal if he wins the election.”

The Mail added that Barcelona’s new chief was “ready to throw even more money at him to keep the 23-year-old happy at the Nou Camp”.

Might this story of a move to Old Tafford be a ploy – Neymar reminds Barcelona of his worth and engineers a pay rise? The old Sergio Ramos flip-flopperoo?

Whatever the thinking, that seems to comprise the background of the Guardian’s news that Neymar  is “open to joining from Barcelona… although there is a recognition the transfer is unlikely to occur before the current window closes.”

The paper cites “sources close to the forward”, who say Neymar is “attracted by the size and history of United and the chance to play in the Premier League”.

He might also be excited about playing at Barcelona, or in Italy, or for Bayern Munich. The feeling at Pies Towers is that this one is not going to happen. We’re loathe to use the word ‘spurious’ but hey, if the shoes fits.