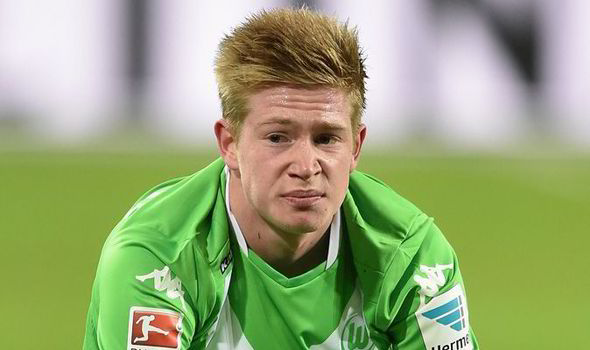 Belgian footballer Kevin De Bruyne was all set to join Manchester City. News was that terms had been agreed. But Christian Ortlepp, Chief Reporter at German channel, Sport1, says Manchester United have moved for the Wolfsburg winger.

Ortlepp cites a fee of £55million.

The Express says the offer is £58million.

And De Bruyne’s reluctance to agitate for a move has opened the door for Bayern, who have maintained a long-term interest in the player.

Paris Saint-Germain have also notified Wolfsburg of their interest in De Bruyne, but Bayern have made it clear to their German rivals that they will not make a formal move for the goalscoring midfielder until the end of this season.

That scoop has been addressed by Bayern Munich Club press officer Markus Horwick:

We will definitely not be as active. That the Executive Board decided a long time ago.

Bayern won’t make a bid for De Bruyne this season or the next.

One thing Ogden is right about it that Wolfsburg are owned by Volkswagen, so they’re not exactly in dire need of cash.

And to that you can add Champions’ League money to their riches – Wolfsburg finished runners up in last season’s Bundesliga.

I want to stress that we are making every effort to convince him to stay. But we are equally serious about dealing with these issues should we have serious offers in front of us. Then we will discuss it and take a decision.

This one will go to the wire.