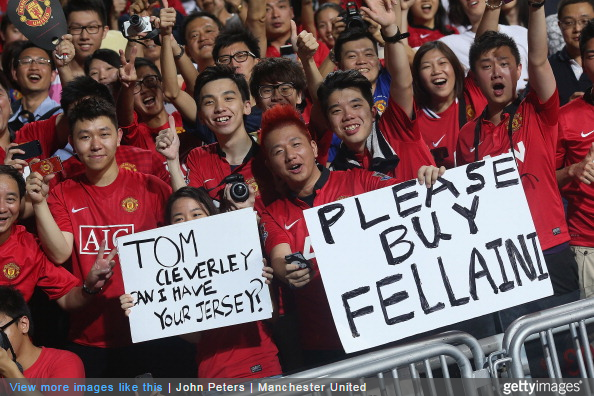 In a bid to fully cement his love for all things football, one bloke in Hong Kong has gone and paid good money to change his name by deed poll to ‘Man United Dick Law’.

The ‘Man United’ bit is obvious but Dick Law, rather confusingly, is the man currently responsible for facilitating Arsenal’s transfer dealings.

It’s the half-and-half scarf taken to the Nth degree.

Any road up, the photographic evidence of Mr Law’s new identity has been doing the social media rounds today… 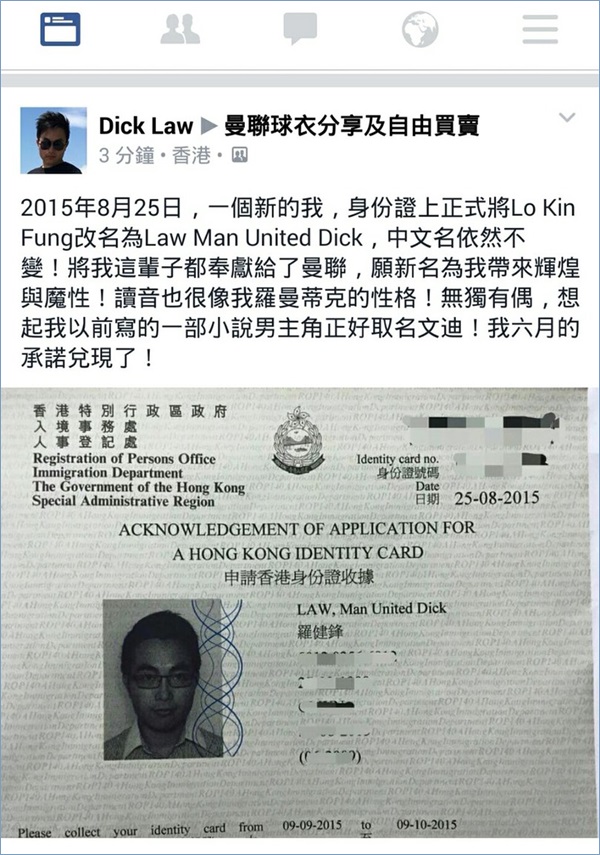 According to Eurosport’s translation, Mr Law decided to change his name in order to make clear his “life dedication” to Manchester United as well as his “romantic spirit” link with the guy that sets up Arsenal’s transfers.

Oh well, each to their own.