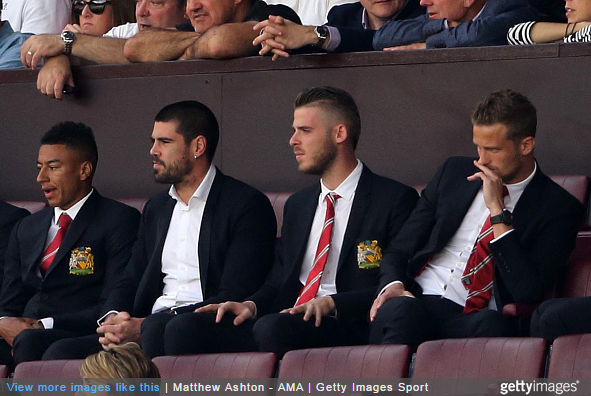 Victor Valdes’s exile at Manchester United is almost at an end with the news that Besiktas have struck a two-year deal for the surplus goalkeeper this afternoon.

Valdes was omitted from United’s first-team squad by Louis van Gaal before the start of the season and has since watched every game from the stands alongside his fellow errant goalkeeping exile, David De Gea.

Having only joined United in January, Valdes’s summer of discontent began when he was axed from the club’s pre-season tour of the US. He was then demoted to the U21s before being dropped entirely for allegedly refusing to play for United’s second string.

When the first-team squad numbers were announced shortly thereafter, Valdes wasn’t even assigned one – with Van Gaal publicly stating that the keeper was up for sale. He hasn’t played for United in any capacity since.

Thankfully, the impasse is now at an end. The Independent (among many others) are reporting that the ex-Barcelona stopper, 33, has agreed personal terms with Besiktas and will now fly out to Turkey to undergo a medical.

The free transfer is expected to go through within the next 48 hours.