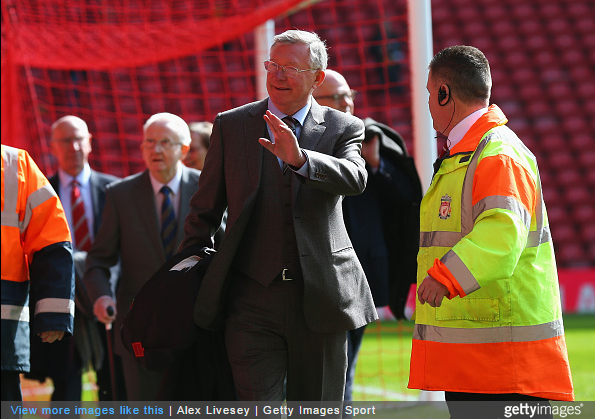 Today is 26th August, 2015 – the date that will echo throughout history as the day Sir Alex Ferguson joined LinkedIn.

For those blissfully unaware, LinkedIn is a social networking site aimed at professionals. It is also responsible for generating almost 70% of the internet’s entire quota of unsolicited emails, but that’s really by-the-by.

Anyway, Sir Alex has created an account, billing himself as a “Director, Ambassador, Visiting Fellow and Author”. Yeah, we fibbed about the ‘dreamweaver’ bit. Apologies where due.

It should be visible here if you happen to be a LinkedIn member.

The 73-year-old former Manchester United manager has joined LinkedIn to coincide with the release of his latest book, ‘Leading’, in which he details the various managerial techniques he used to transform United into the global success they are today – screaming indecipherably in people’s faces, lacerating people’s eyebrows with flying Adidas Predators, that kind of thing.

Sadly, users will only be able to contact Sir Alex if they know him personally, thus depriving fans of rivals teams the opportunity to engage in direct slanging.

Damn shame. There could have been some decent mileage in that.