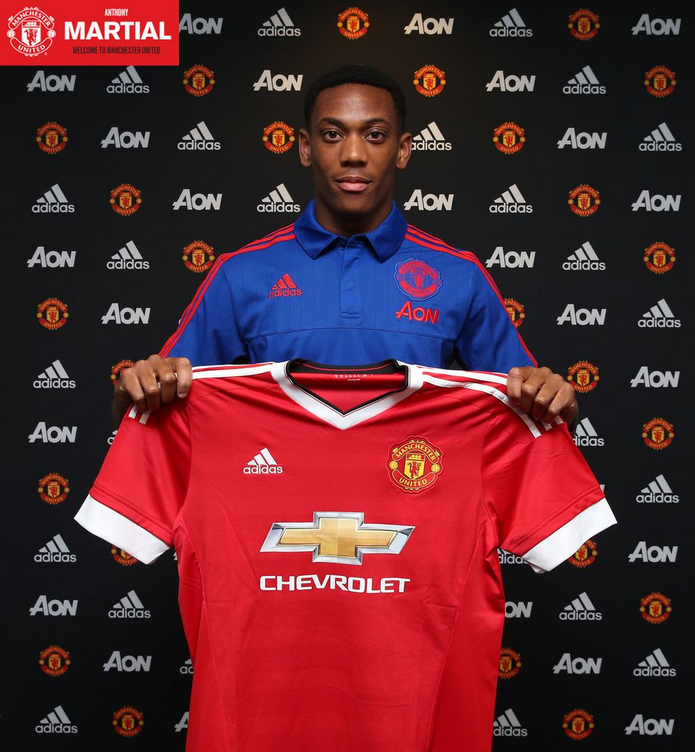 They took their sweet bloomin’ time about it, but Anthony Martial is now officially a Manchester United player after passing his medical at Carrington earlier this morning.

United have now sealed the deal by trotting out the photos of the 19-year-old French striker holding his new No.9 shirt aloft…

#mufc is pleased to announce French forward @AnthonyMartial has completed his transfer from Monaco. #WelcomeMartial pic.twitter.com/Eohl6tMOOz

Martial – a “naturally talented, young, multi-functional forward” according to Louis van Gaal – has signed a four-year contract, with the option for a further year tacked on the end.