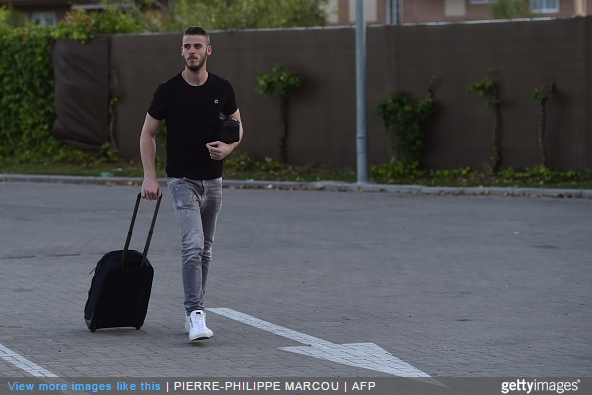 As if the David De Gea saga wasn’t confusing enough already, it’s being reported in Spain this morning that Real Madrid now owe the Manchester United goalkeeper a tidy sum of money for *not* signing him before yesterday’s transfer deadline.

According to AS, Real Madrid had an agreement in place with De Gea that means the United ‘keeper is now due €10million in consolation for the transfer not materialising.

While it may seem fanciful, AS go on to point out that there is a vague precedent when it comes to Florentino Perez making brash promises.

Indeed, once upon a time the Real president once vowed to pay the membership fees of almost 84,000 Real Madrid club members if he failed to sign Luis Figo.

Elsewhere, MARCA reckon that the very day after his £29million move to Real fell through in calamitous fashion, De Gea is now considering signing a contract extension at United, who are preparing to bump up his salary to €2.3million above that which Real were offering.