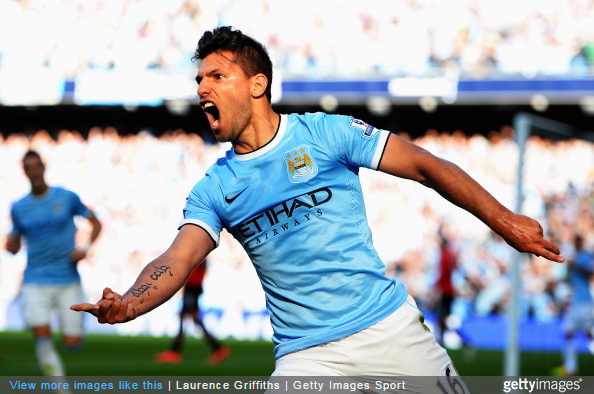 It was arguably the match which signalled a switch in football power in Manchester – the Blues finally emerging out from under the Reds’ shadow in David Moyes’ first Mancunian derby in charge of the latter.

City had played second fiddle in Manchester for years, but now the side was backed by one of the richest owners in world football and packed with stars, while United were struggling to adjust to life without the legendary Sir Alex Ferguson in the manager’s seat.

In truth it was all over in under an hour at the Etihad, Samir Nasri’s goal on 50 minutes adding to two Sergio Aguero strikes and a Yaya Toure turn-in to make it 4-0 to the Sky Blues with oodles of time left to play.

A late consolation goal from Wayne Rooney – playing in his silly protective headband – made little difference to United fans, who were forced to trudge home in a collective funk.