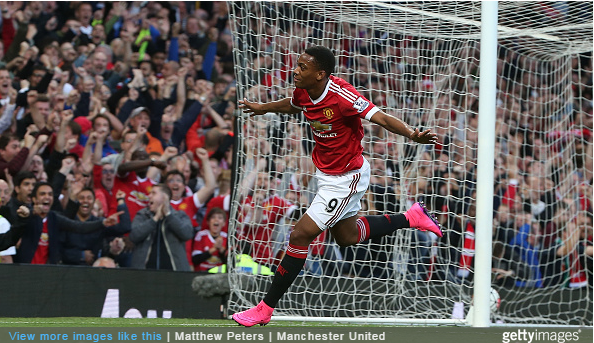 United started with Marouane Fellaini in a central striking role, in for the injured Wayne Rooney.

The first-half was a surprisingly turgid affair, with neither side managing a single shot on target.

However, after the break, the game came alive when Daley Blind curled home from 18 yards after a clever free-kick from the Red Devils.

The goal kickstarted the visitors, who saw a Roberto Firmino cross cleared off the line by Chris Smalling before a Danny Ings shot was saved by re-installed David De Gea. Ings and Firmino then both went close again as the Reds pushed for an equaliser.

However, on 70 minutes the Red Devils went 2-0 up, with Ander Herrera blasting home a penalty kick after the Spaniard had been felled in the box by Joe Gomez.

Sub Jordan Ibe then forced De Gea into another fine save.

With six minute of normal time remaining, Christian Benteke then produced a magnificent, unstoppable overhead kick to put the Merseysiders right back in the game.

People are waking up to the truth about Brendan, but an unbelievable finish. #Benteke RT @leo_alcala11: @hughwizzy pic.twitter.com/hXfP6Ml07S

There was still time for one more goal, with sub Anthony Martial, the most expensive teen in football, marking his debut for United with a sublime, dribbling solo goal which hinted a quite a future for the French wunderkind (and got commentator Martin Tyler into an ‘Aguerooo’-esque froth).

The win sees Louis van Gaal’s side go second, five points behind leaders Man City. As for Reds’ boss Brendan Rodgers, despite an expensive summer, his side still look way short of challenging for the title.