A brace from French wonderkid Anthony Martial helped Manchester United to a 3-2 win at St. Mary’s, a result which propels the Red Devils into second place in the table.

However, the visitors started poorly with Daley Blind struggling to deal with Graziano Pelle. On 13 minutes, United fell behind courtesy of an effort from the Italian.

The Saints impressed after the goal but it was United who scored next, with Martial neatly wrong-footing Virgil van Dijk before firing home.

After the break, both sides pushed for the lead, with Martial once again finding the net, this time after a horrendous backpass from Maya Yoshida.

Wayne Rooney failed to influence the game from his position behind Martial, but fellow attacker Juan Mata eventually made it 3-1 to United, firing home after Memphis Depay had hit the post.

That goal came after a whopping 45-pass move by Louis van Gaal’s side. 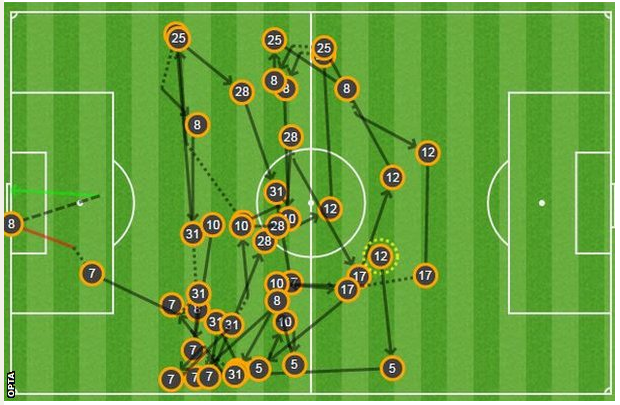 There was still time for Southampton to get themselves back into the game, with Pelle heading home his second of the game.

David Gea showed just how valuable he is to United with a couple of outstanding saves late on from Victor Wanyama and Jose Fonte as the Saints rallied.

David De Gea​ with one of the best saves i’ve ever seen! 🔥 pic.twitter.com/K33ftZIXZ6

However, the Red Devils held on to move to within just two points of league leaders Man City, with Martial certainly living up to his hefty price-tag already.