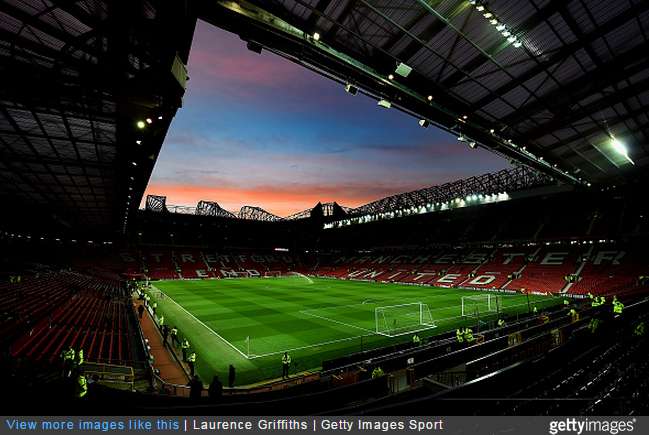 The live episode is due to air at 7:30pm on ITV1, with the United game kicking off around 15 minutes thereafter.

This is probably going to be an issue, seeing as though Old Trafford is situated just half-a-mile down the road from Corrie’s new studios at Trafford Wharf, Salford… 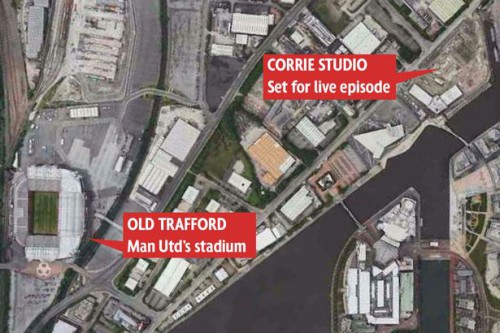 Well over 70,000 fans are expected to attend the match, reportedly leaving Corrie producers anxious that post-goal roars and rude chants will be picked up on set.

The League Cup tie was drawn out of the bag at the tail end of August, with the live episode announced a week or so afterwards.

No one could believe it when it dawned on them what was happening. There has been a great deal of black humour around the place.

Everyone is crossing their fingers and everything else in the hope United do not score in the first half an hour.

According to the Mirror, Corrie has already been “cursed by seagull noise” since the soap relocated to their new waterfront studios in Salford last year.

However, insiders have “played down the fears” by insisting that all the internal sets are sound-proofed.