Manchester United hauled themselves to the the top of the Premier League table after a deserved 3-0 win at home to Sunderland which saw Wayne Rooney end his 11-game goal-drought. 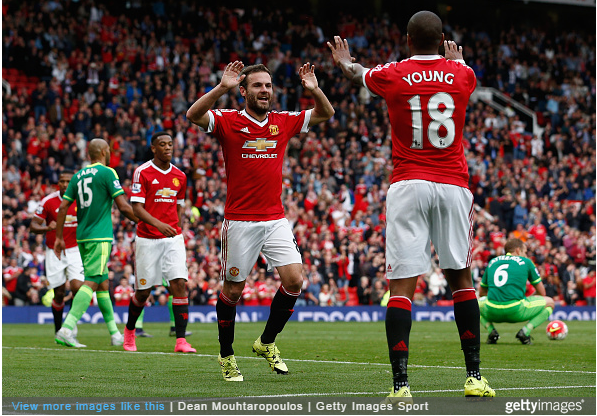 Despite dominating for long periods of the first-half, the hosts struggled to break down Dick Advocaat’s side.

However, just before the break, United finally made the breakthrough, with Memphis Depay netting from close-range after a clever pass from Juan Mata.

Just after the re-start, the Red Devils doubled their advantage when Wayne Rooney finally getting back on the scoresheet for the club, after good work from Anthony Martial.

The Black Cats did their best to get back into the game, with Jeremain Lens and Patrick van Aanholt both testing David De Gea in the United goal.

Late on, United netted their third of the game, with Mata netting from an Ashley Young centre.

The win, while not an outstanding performance by the Red Devils, still hints at what could be a very potent frontline with Rooney playing in behind Martial and Depay and Mata supporting. While Louis van Gaal and co. can enjoy being back at the top of the pile, the Black Cats stay bottom with a measly two points accrued from their first seven games.